(Victor Valley)– Drivers in the Golden State and throughout Southern California are paying slightly more this week to fill up their vehicles but still considerably less compared to a year ago, according to the Automobile Club of Southern California’s Weekend Gas Watch. Today’s retail statewide gas price average is $3.10 for a gallon of regular unleaded, which is three cents higher than last week.

“With the Independence Day weekend behind us, we could see pump prices begin to stabilize as fewer drivers take road trips this week,” said Auto Club spokesperson Doug Shupe. “Although drivers in California are paying a little more this week, compared to last year at this time, we’re paying about $9 less to fill up the typical family-size vehicle with a 14-gallon size fuel tank.”

The Weekend Gas Watch monitors the average price of gasoline. As of 8 a.m. on July 9, averages are: 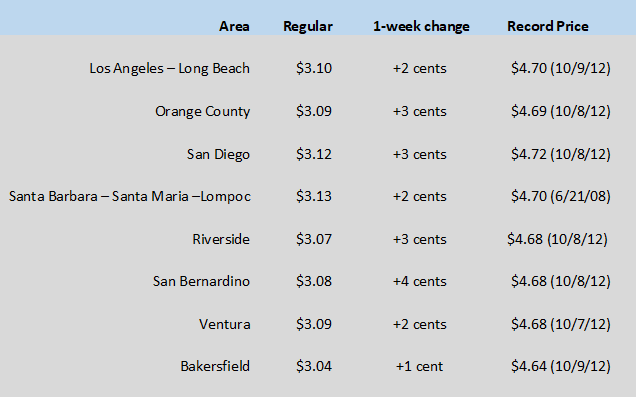